Have you ever tried to find, what is Valentine? besides sharing of gift cards , love , making proposal, and so on.

Here is a short history of velentine. In ancient Rome, The Emperor Claudius II was pagan and has his strict law which prohibits Romans from marrying. It was around 3rd century back. During that time, Roman Catholic Saint St.valentine converted himself into Christian and started helping to marry those soldiers in secret Christian ceremony. It was during those times when many Romans where converting themselves into Christian. However, valentine's secret act was later revealed by Emperor and he was jailed. While imprisoned, he cared his fellow prisoners and  jailor's blind daughter. It is believed that Saint Valentine restored jailor's blind daughter before his final execution  for going against Claudius rule. He left his love message signed "From your valentine" to jailor's daughter. It is believed that he was executed on  14 February of year 270.

It was not more than 200 years later when many of Roman has converted themselves into Christian and started proclaiming 14 February as St. velentine's day in his honour. To honour his legendary act, February 14 is celebrated to mark importance of love, relationship and courtly love. While some believes that this meeting is usually for reading love poetry and play games of flirtation.

I hope you won't leave the site without mentioning the word to your valentine partner. 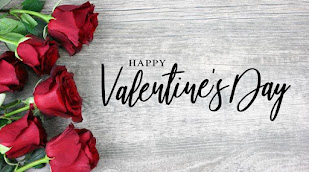